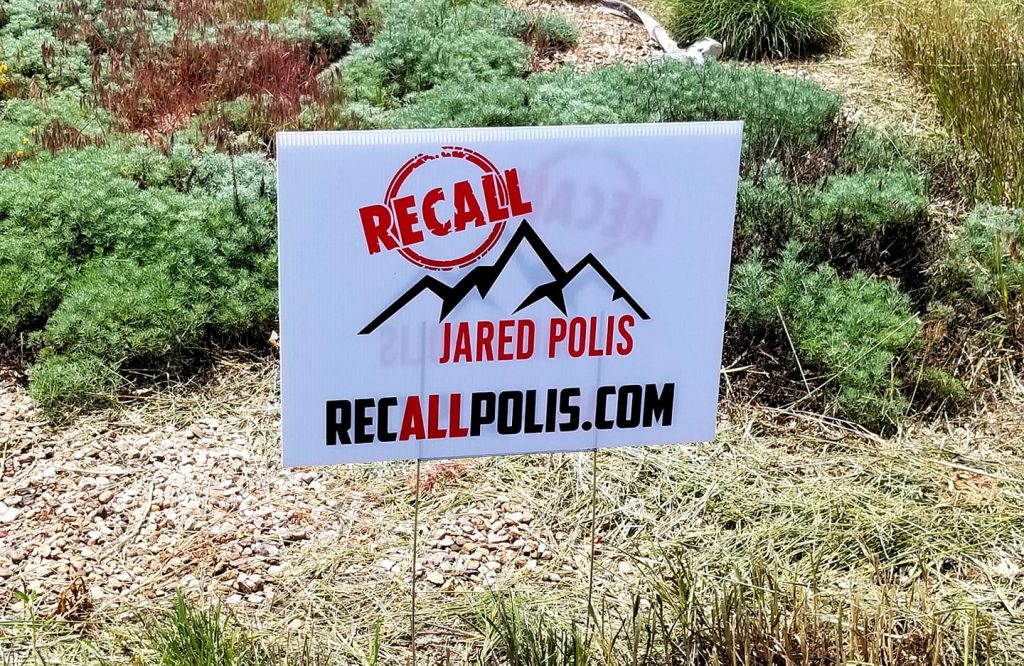 After one of the most hyper-partisan elections Colorado has ever witnessed, the 2019 legislative session was one for the history books.  With Governor Jared Polis signing into law 456 new pieces of legislation, including HB19-1177 “Red Flag” Extreme Risk Protection Orders, citizens of the state were left stunned by what had transpired.  And they’re doing something about it through several recalls that are in the works.

Here’s what you need to know about them:

The Recall Polis campaign is a mighty feat, and if you were paying attention on social media when it launched, you know it got off to a rocky start with three recall groups struggling to work together.  Although the dust has settled on the latter issue, the recall is still a huge task. That said, I’ve been impressed with the pure energy and grassroots effort that it has become.  In all corners of the state and along the front range, hundreds of volunteers are setting up signing locations and dedicating their summer to get this done.  They will need to collect 631,000 valid signatures by September 7th for the recall to move forward.  If they succeed, a special election will take place in which voters will be asked if they want to recall the governor; and a second question asking if the governor is recalled, who they would want to replace him.  I’ve heard very little about possible candidates, so I suppose we’ll cross that bridge if we get there.

The initial conflict of the Recall Polis campaigns had some people believing the petitions were fake or that if they signed it, they would lose their opportunity to sign the “real” petition.  I have no opinions about the groups involved, but what I do know is the petition being circulated is legit and is the only Recall Polis petition available.  The group has said if they do not collect enough signatures in the time allotted they will not turn them in, which means any other group could start another recall and anyone who already signed would be able to sign again.

State Senator Pete Lee also has an active recall. Lee sits in El Paso county’s SD-11 which encompasses Central and West Colorado Springs, Down Town, The Older part of Colorado Springs By Colorado College, Manitou Springs, Old Colorado City and more. This is also the same seat State Senator John Morse was recalled from in 2013 after he supported a package of gun control bills.  Senator Pete Lee was a strong proponent of HB19-1177 “Red Flag” ERPO during the 2019 legislative session, even after the local newspaper encouraged him to vote with his constituents and not his party. It’s a little more difficult to find recall signing locations for Lee, but more information and a contact form can be found here.  I’ve also been told petitions are available at Specialty Sports & Supply (4285 E Fountain Blvd, Colorado Springs, CO 80916) from 3 – 5pm M-F, or Western Insurance Solutions (4740 Flintridge Dr, Colorado Springs, CO 80918) from 9am – 5pm M-F.

State Senator Brittany Pettersen was not only a supporter of Colorado’s “Red Flag” legislation, she sponsored it.  And now there is an active recall against her.  She sits in SD22, which encompasses part of Jefferson County. The number of times she mocked the concerns of gun owners was simply shocking – even abused women who spoke of their fear an abuser could legally disarm them through the red flag law.  She is quoted as saying “This bill is not about mental health, it is about taking away guns.”  Finding information about the signing locations for her recall has proven to be difficult, as most petitioners are going door to door.  If you are in her district and want to sign or carry a petition, I’d suggest using the contact form on this webpage. 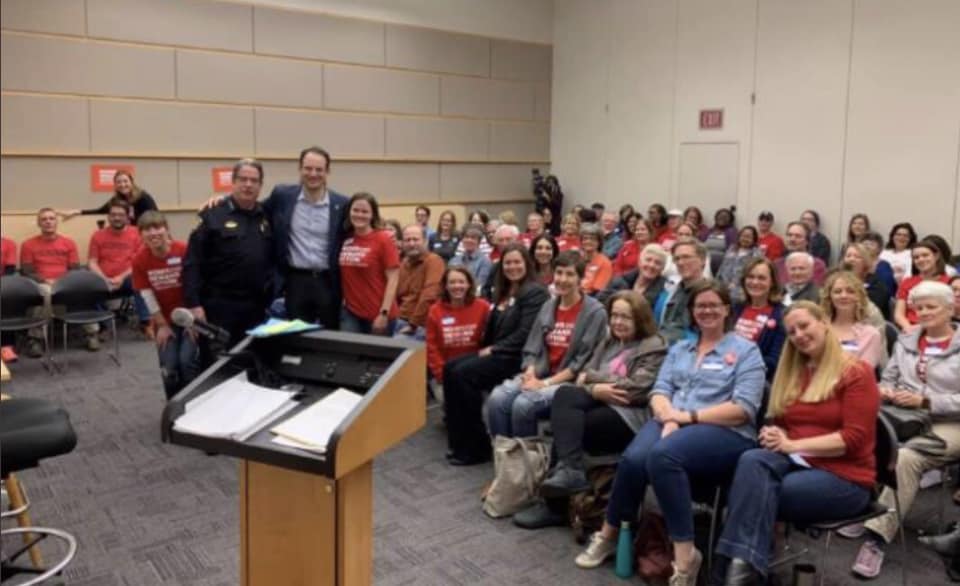 Republican Sheriff of Douglas County, Tony Spurlock, led the path for HB19-1177 “Red Flag” ERPO.  The bill is named after a deputy of his, Zackari Parrish, who died in the line of duty.  The bill is supposed to prevent situations like the one Deputy Parrish walked into from happening, but instead it created a disaster that will not only put law enforcement in harms way, but citizens too.  Sheriff Tony Spurlock helped pass a law that was opposed by over 50 of Colorado’s 64 sheriffs along with the Denver and Aurora Police Unions because they know how dangerous it is to those in the line of duty.  The law is grossly unconstitutional, violating multiple rights of citizens.  And Spurlock worked hand in hand with Moms Demand Action, Bloomberg’s well funded astroturf arm of Everytown for Gun Safety, to pass it into law.  Spurlock needs to go.  A well organized effort is underway to recall him with petitions expected to drop by September.  Organizers are asking those anxious to sign to be patient, as they have a plan – and they do.  If you are in DougCo and want to sign a petition, you can pre-register here.  You can also sign up to volunteer and/or make a donation at www.recallspurlock.org.  Follow the effort on Facebook here.

What is a valid signature?

A valid signature is from a Colorado voter who is registered to vote in the district of the recall, or for the Recall Polis any Colorado resident who is registered to vote in the state.  When signing, their name, address, and signature must match that of their voter registration.  It is important that nicknames aren’t used, and that if the voter has moved recently, they use the address where they are registered to vote on the date they are signing.  If they have recently moved to the recall district, they will need to update their voter registration with their new address before signing the petition.

Everyone has differing opinions on recalls.  My opinion is simple. If you support the effort, sign the petition.  If you don’t support it, don’t sign it.