Democratic presidential candidate, Beto O’Rourke, released a new line of merchandise to support his campaign.  His official web store is now selling a shirt with red, white, and blue letters with the threat to physically take firearms away from millions of law abiding gun owners.

“Hell yes we’re going to take your AR-15” the shirt says, available in unisex tee and a women’s cut. 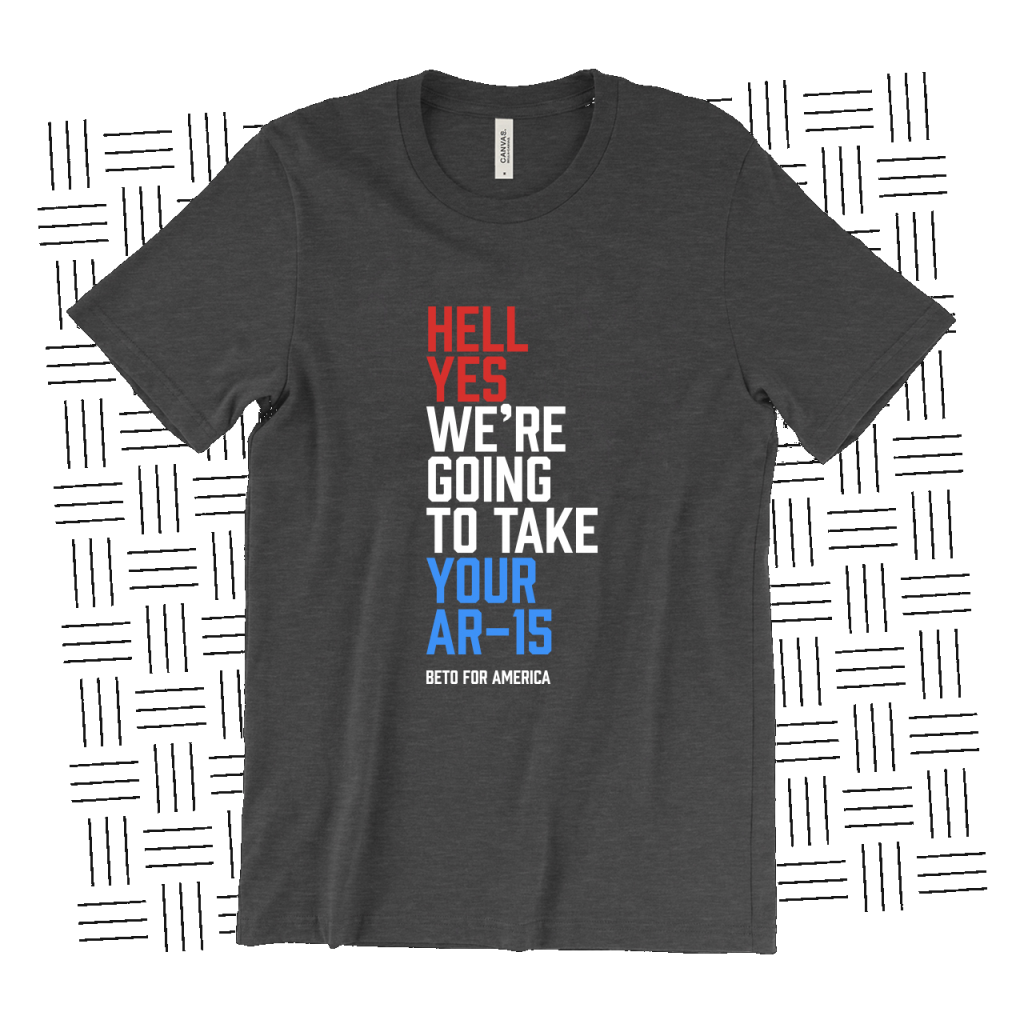 This was following his now infamous line during Thursday’s presidential debate where he promised widespread gun confiscation. Here are his words: “Hell yes, we’re going to take your AR-15, your AK-47. We’re not going to allow it to be used against our fellow Americans anymore.” This was followed by thunderous applause. Never mind it already illegal to use those gun against our “fellow Americans” unless in self defense.

The fact that he is now gloating this on merchandise that he expects unarmed citizens to wear in public is not just distasteful, but disturbing.

Rally for our Rights immediately launched a “Hell No, You’re Not Going To Take My Guns” line of merchandise as a counter campaign.  Products include unisex tees, tank tops, women’s cut, hoodies, coffee cups and stickers.  All proceeds directly support the fight to defend your gun rights.  Get your gear here. 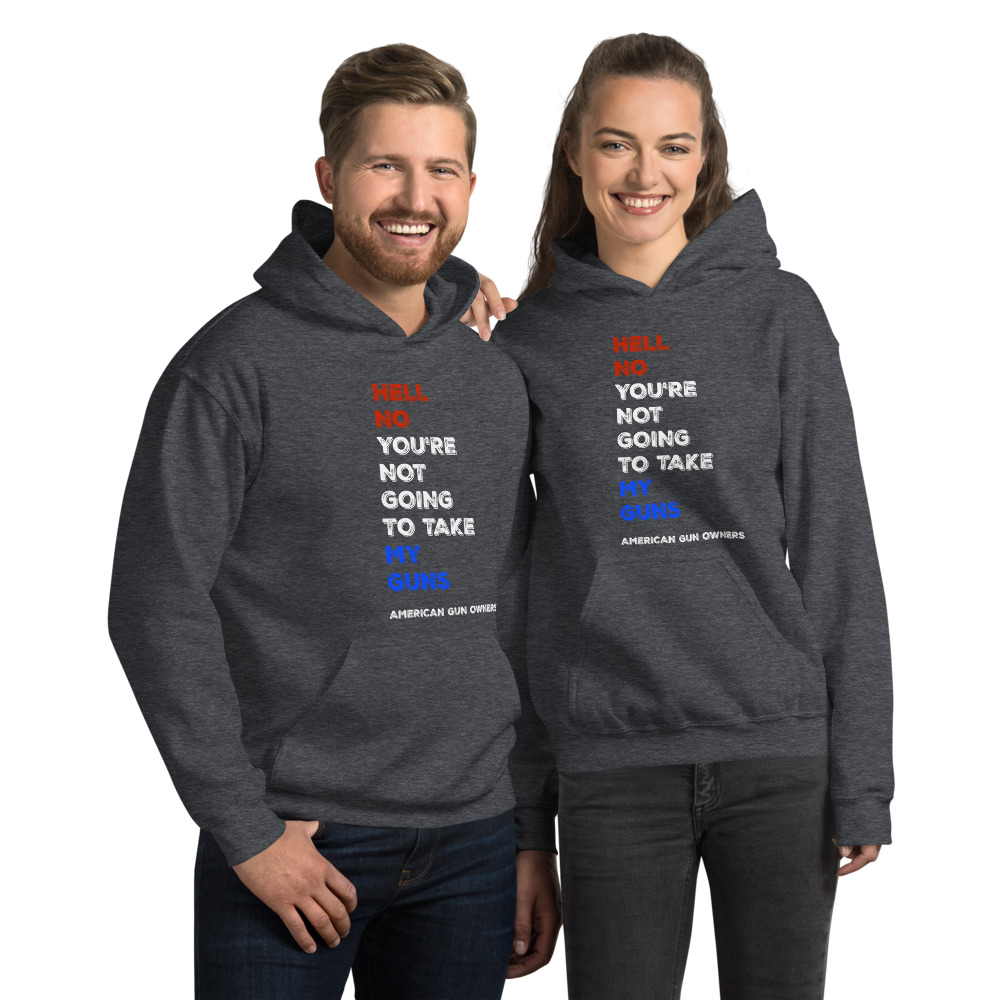