On Februrary 25,2020 one of Colorado’s most outspoken critics of Colorado’s Red Flag ERPO law, Weld County Sheriff Steve Reams, was red flagged using the state’s Extreme Risk Protection Order (ERPO) law – and it was an inmate who has been incarcerated in his jail since 2016 on serious drug trafficking charges who filed it – from jail.

That story was nuts.

According to a post on Reams’ Facebook page, on April 15, 2020 an Extreme Risk Protection Order petition was filed by inmate Leo Crespin against Sheriff Steve Reams, which is public record.  The inmate claims he falls under the law’s extremely broad definition of ‘household or family member’ by marking the box “I regularly reside or have resided with the respondent in the last 6 months”, citing that he lives in Reams’ jail.

In the body of the petition the inmate states that Sheriff Reams arms his S.O.G. officers with 12 gauge shotguns.  The Weld County jail S.O.G. (Special Operations Group) is responsible for maintaining order in situations involving enhanced security risk.  The “shotguns” they carry are actually devices that fire less-than-lethal projectiles and are only carried by the specialized team of officers.

You can read the petition and the ruling in the images below, but it is along the same lines as the February ERPO that was filed.  Read all about that here. 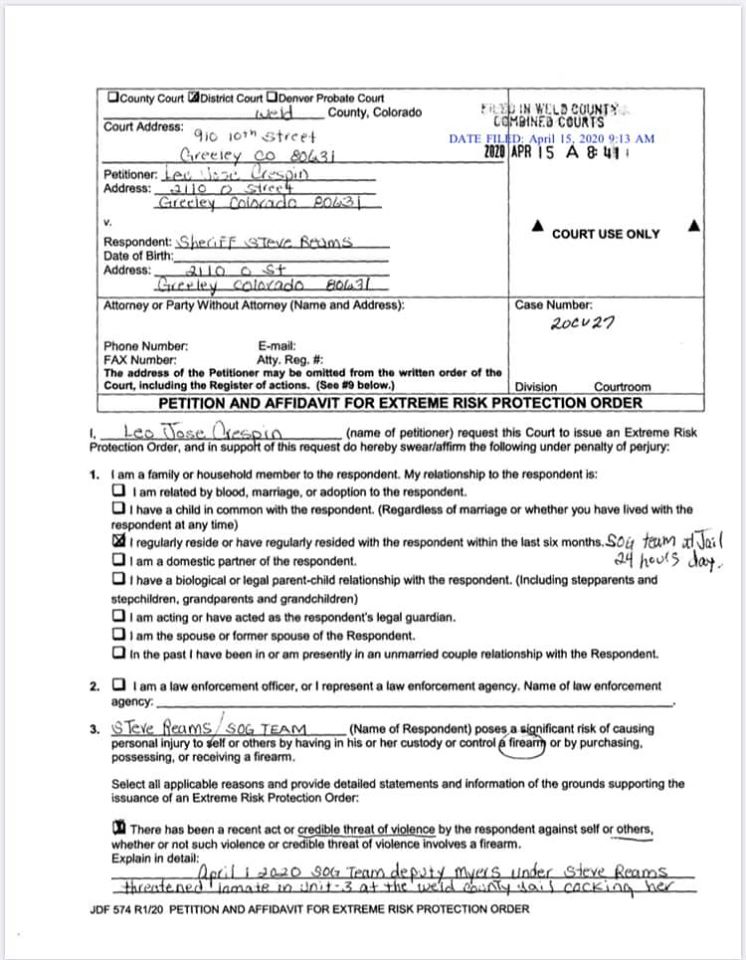 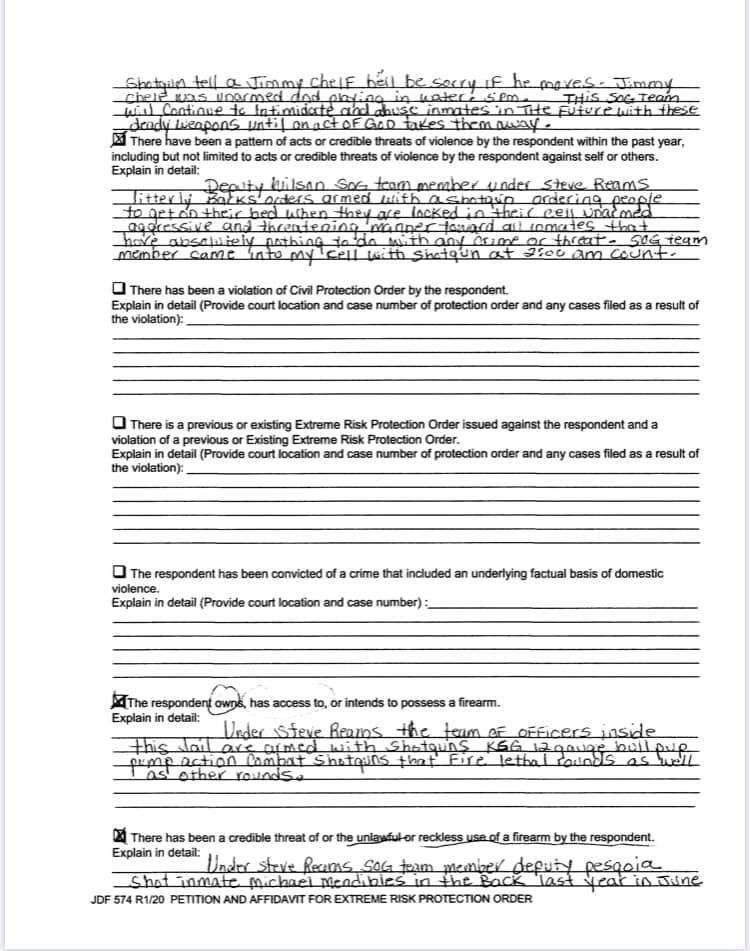 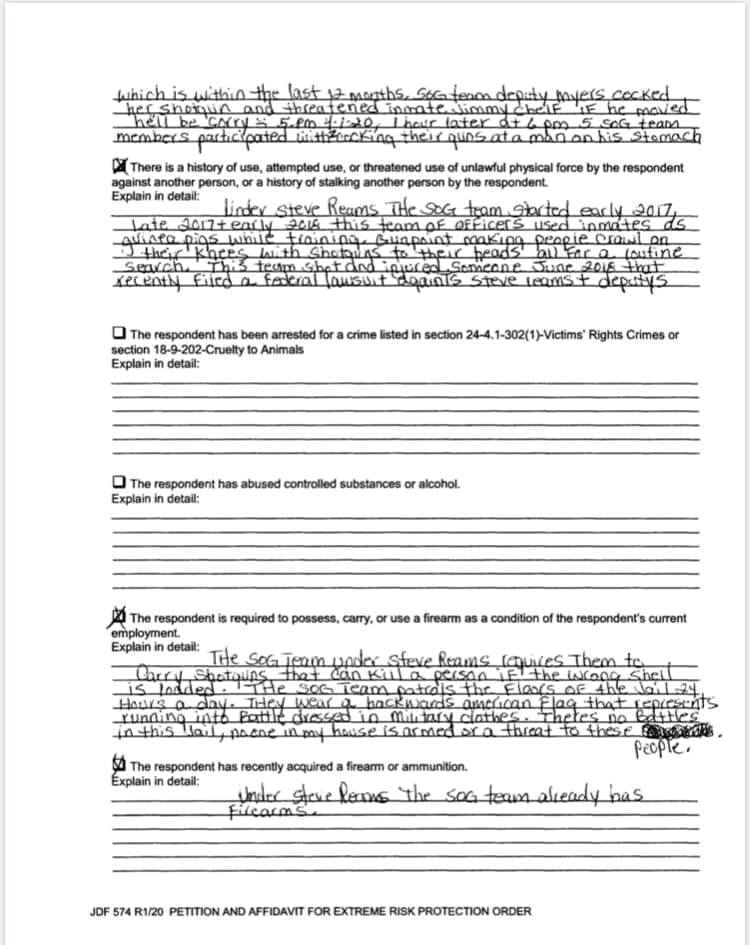 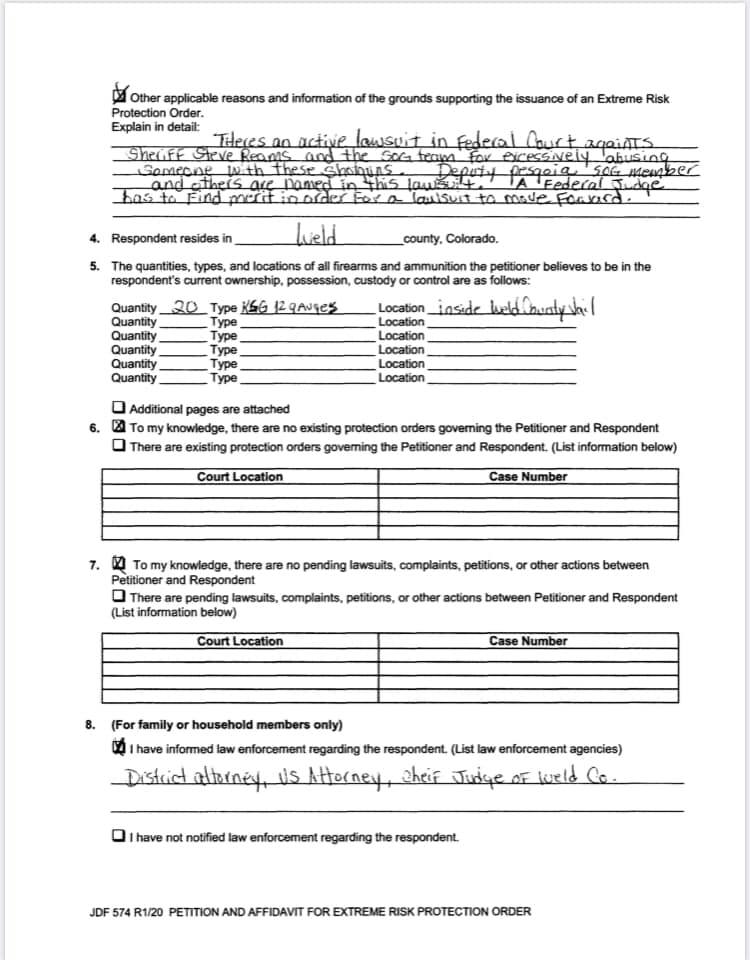 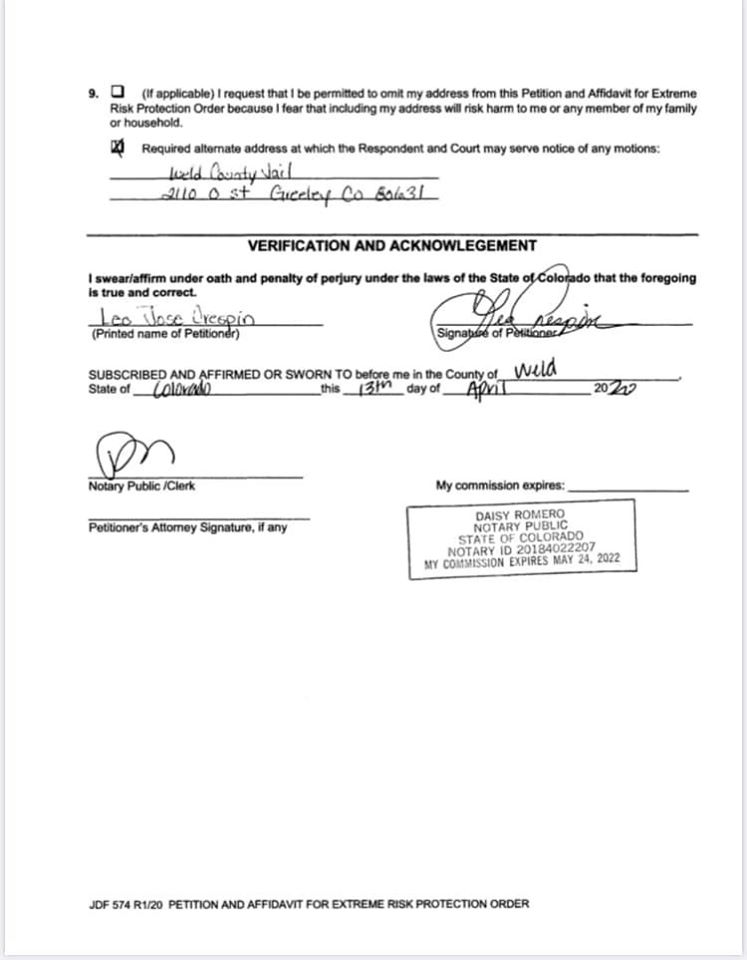 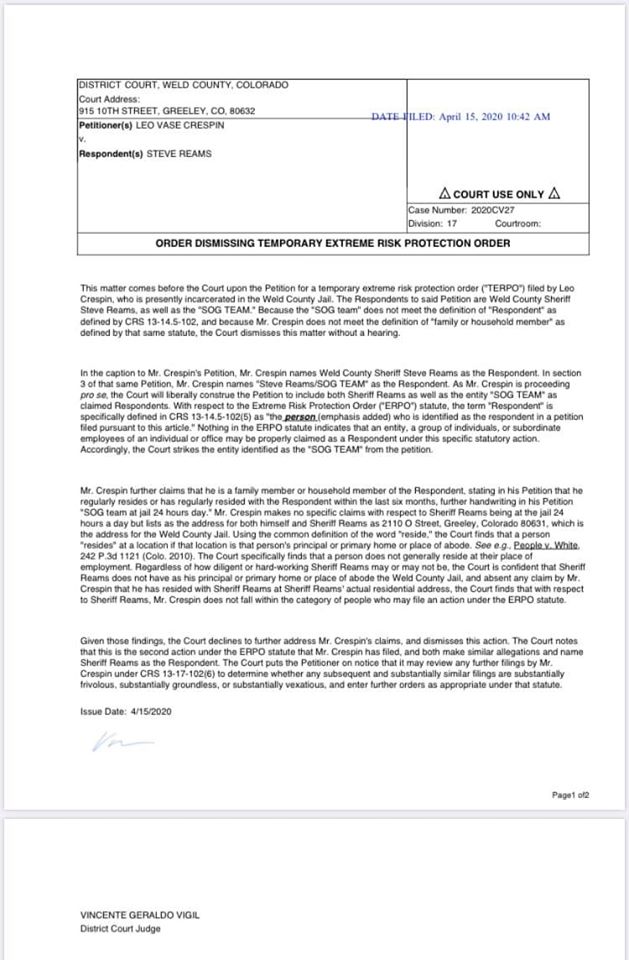 WE’VE GOT FACE MASKS IN OUR STORE! 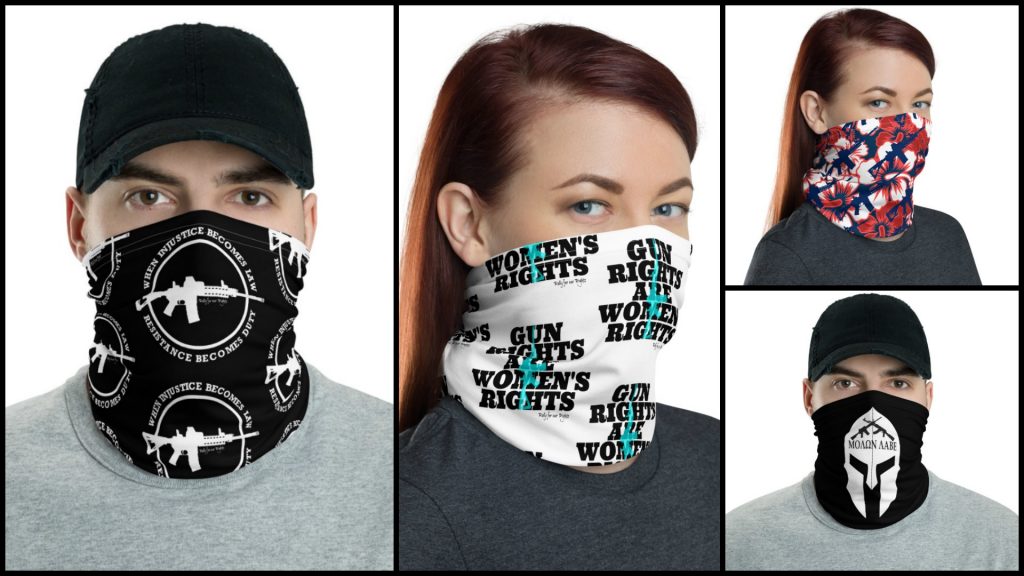