In Colorado we’re fortunate to have the Colorado Open Records Act (CORA) law.  This allows citizens such as myself to request to see communications by almost any government entity.  There are specific laws surrounding how CORAs work, how long government entities can take to return the requested communications, and how much they can charge you.  Obviously, the more data you request, the longer it will take and the higher the cost.

On Tuesday, May 7th, two mentally disturbed students of STEM School Highlands Ranch broke into one of their parents gun safes with an ax and a crow bar, placed the stolen guns in a guitar case, attempted to burn the house down, and went to the high school where they walked inside and opened fire in two separate areas.  Both students were taken down, one of them by a security guard, the other by a student named Kendrick Castillo.  Kendrick was a role model of a citizen who lost his life defending the lives of his friends and classmates that day.  And as usual, the gun grabbers and heartless politicians didn’t bat an eye – instead they went right into campaign mode.  A “vigil” for Kendrick was planned and thousands from the community attended.  What those in attendance did not know was that this vigil was actually planned by two organizations: Brady Campaign and Moms Demand Action. For a solid 40 minutes, attendees patiently watched as politician after politician took to the podium to lecture the crowd about gun control.  Gun control advocates, such as Laura Reeves with Moms Demand Action Colorado brazenly used the tragedy to push the organizations agenda of disarming citizens. It wasn’t until the president of the Douglas County Teacher’s Union, Kallie Leyba took to lecturing the crowd that it became apparent that not one single student or teacher from STEM School had been invited to speak.  That’s when all hell broke loose as students began to yell “Let the students speak!” eventually walking out while chanting “Mental health! Mental health!”.  Even the anti-gun website The Daily Beast covered the story exposing it for what it was: a political stunt.

Well, in light of this gross abuse of power by the Brady Campaign, Moms Demand Action and some school staff, a watchdog group of out Illinois decided to file a CORA request.  It was a simple request: They asked for the communications between Brady Campaign and any school officials, as well as Moms Demand Action and any school officials, that took place on May 7 and May 8.

The response was telling, to say the least. The school is claiming this simple request, which other government entities do all the time for us here at Rally for our Rights in less than an hour, will take 7 hours of school staff time at $30/hr and 26 hours of legal counsel time at $155/hr, for total cost to the requester of at least $4,210.

But according to Colorado law, they can’t do charge more than $30/hr for legal counsel.  Source: https://www.colorado.gov/pacific/dora/open-records-cora-requests. 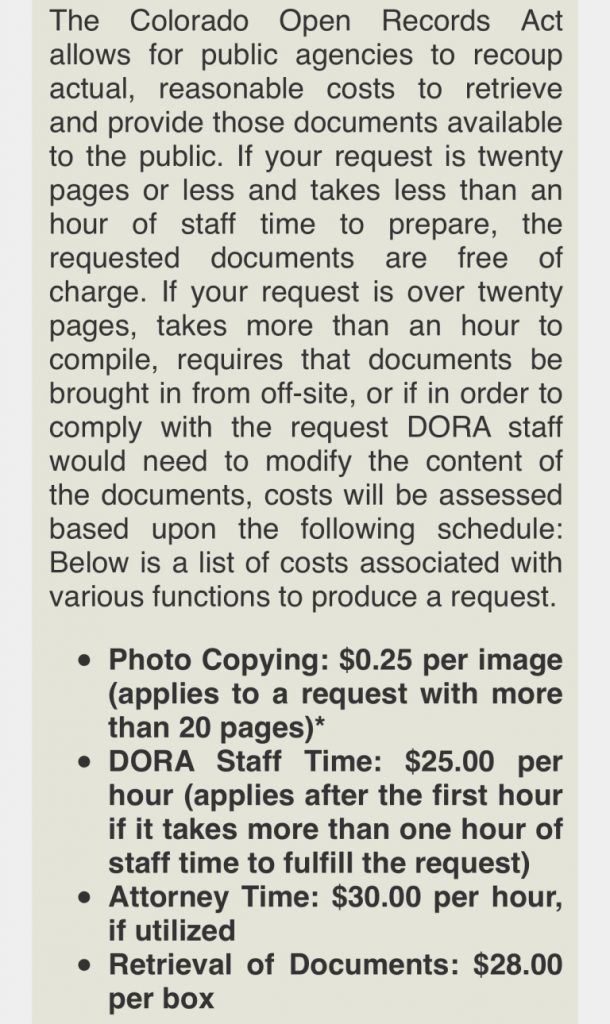 Here is the letter from STEM School Highlands Ranch in response to these CORA requests. 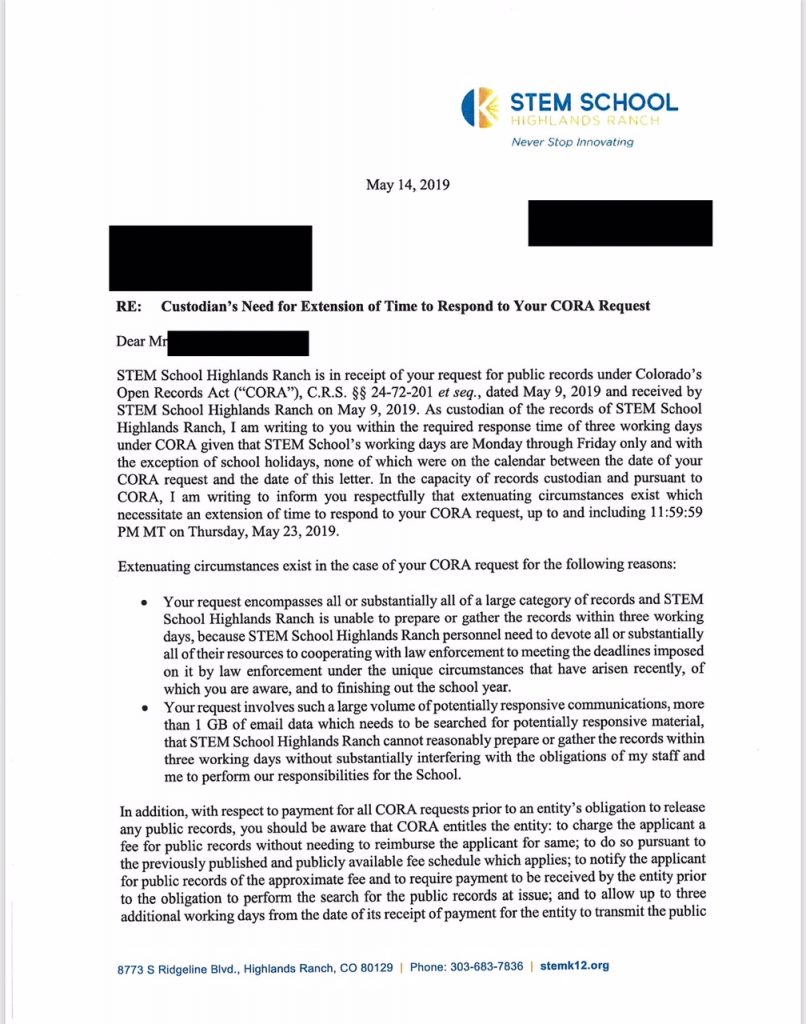 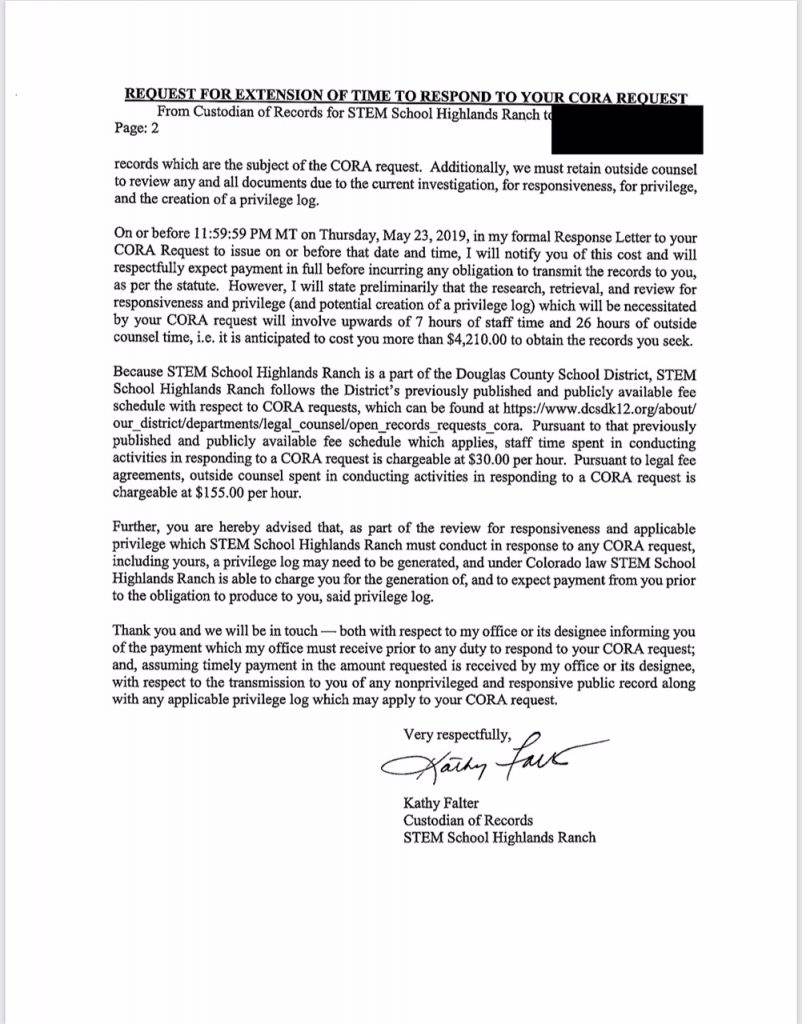