In light of the tragic mass shooting at a King Soopers in Boulder, the gun control extremists in the Colorado legislature are taking aim at concealed carry. It should be noted the Boulder shooter did not have a concealed carry permit, nor did he attempt to conceal his firearm.

SB21-256 Local Regulation of Firearms essentially repeals and replaces the 2003 firearm preemption law in Colorado Revised Statutes which prohibits local governments from creating firearm laws that would differ from state law. This 2003 law is important because if each of our 64 counties and 271 municipalities had different laws regulating firearms, things could get pretty messy for gun owners who have every intention of obeying the law.

This bill would replace the preemption language with new language stating firearm laws are, in fact, a matter of local concern, and local governments can enact their own laws but ONLY if they are more strict than state law – otherwise those Second Amendment Sanctuary Counties would grow some teeth.

In the day and age of criminal justice reform being such an important and versed issue, it would seem most plausible they wouldn’t want to make it harder for people to obey the law. That obviously doesn’t apply to gun owners.

SB21-256 changes current preemption language to state a “…local government may enact an ordinance, regulation, or other law governing or prohibiting the sale, purchase, transfer or possession of a firearm, ammunition, or firearm component or accessory that a person may lawfully sell, purchase, transfer, or possess under state or federal law.”

This means any of those 64 counties or 271 towns and cities would be able to restrict firearms to whatever level their governing body should choose. Undoubtedly Second Amendment court challenges would follow…

The bill then goes on to add “…a local government, including a special district, or the governing board of an institution of higher education many enact an ordinance, resolution, rule, or other regulation that prohibits a permittee from carrying a concealed handgun in a building or specific area within the local government’s or governing board’s jurisdiction.”

This language allows for any of those 64 counties, 271 towns and cities, 2,800 special districts, or 64 colleges to ban concealed carry whenever and wherever they’d like within their jurisdiction. Does this mean just parks and government buildings? Or downtown areas?  Or can they choose to ban concealed carry within their entire city or county limits? From the way the bill is currently worded, they’d be able to ban it at city or county limits.  And have no doubt, many cities would love to enact a conceal carry ban and strip their citizens of the right to self defense.

So, quick recap: After a madman murdered 10 people in a grocery store, in a state where violent crime is skyrocketing, the solution lawmakers have come up with to prevent tragedies like this from happening again is to strip responsible gun owners, and those worried for their own self protection, of their right to self defense in their own towns, counties, and even on college campuses where 1 in 5 women are sexually assaulted.

Many may think this bill is a knee-jerk reaction, but have no doubt, it is an intentional swipe at the firearm preemption law that has been in place since 2003. Ten days before the Boulder King Soopers shooting, a Boulder County District Judge overturned a City of Boulder ordinance banning so-called “assault weapons” along with magazines over 10 rounds. Virtue signaling gun grabbers like to use this example as to why the preemption law needs repealed. What they fail to mention is Boulder’s own set of gun laws would have done nothing to stop the shooter.  He didn’t live in Boulder.  He didn’t purchase his firearm in Boulder.  The heinous acts he committed are already highly illegal and would have carried a maximum sentence of the death penalty had Colorado not repealed it in 2020.  The only other crime committed by the Boulder shooter that would have been covered under Boulder’s own specific town laws is the open carrying of a long gun outside of the vehicle in the King Soopers parking lot – before he began his massacre. That part of the Boulder ordinance was NOT overturned by the judge, yet the Boulder DA has not added it to his list of charges.  The Boulder DA also has not added the crime of lying on ATF Form 4473 which the shooter did when he answered yes to question 21(c): if he’d ever been convicted of a crime that carried a maximum penalty of 12 months or more in prison even if he received a lesser sentence including probation. In 2017 he was convicted of Third Degree Assault which is a Misdemeanor 1 carrying a maximum sentence of 18 months in prison. Lying on ATF Form 4473 is a felony punishable by up to 5 years in prison.

This bill passed the Senate State, Veterans and Military Affairs committee on Tuesday, May 11th.  It has not yet been scheduled for Second Reading in the Senate.

Please email your State Senators and ask they vote NO on this atrocious bill!

HAVE YOU VISITED OUR STORE LATELY?

THREE gun control bills have been newly introduced by gun control extremists at the Colorado State Capitol. They have all advanced and are only days away from becoming law unless YOU speak up!

Please contact your State House Reps and State Senators and ask they vote NO on these bills.

CLICK HERE to read our complete breakdown of each of these bills.

• Adds 11 misdemeanors to the list of background check disqualifiers.

• Removes the option for FFLs to transfer a firearm to new owner if background check is formally delayed for more than 3 days.

• Extends the time agencies have to review a background check denial from 30 days to 60 days, and allows for indefinite denial without disposition in certain instances.

CLICK HERE to find your State Senator and ask they vote NO on HB21-1298.

Want to take it step further?
CLICK HERE TO EMAIL EVERY STATE SENATOR IN COLORADO

• Creates a new entity within Colorado Department of Public Health and Environment (CDHPE) called the Office of Gun Violence Prevention.

• This office will be asked to “…increase the awareness of, and educate the general public about, state and federal laws and existing resources relating to gun-violence prevention.” That includes how to safely store guns, how to report a lost or stolen weapon, how to access mental health care and how to utilize Colorado’s Red Flag Law. They will also be tasked with so-called “evidence based” data collection.

• The office will also track and publish what local firearm laws are in place across the state, as they assume SB21-256 will pass (read below about this atrocious bill). They are requesting $3 million dollars for fiscal year 2021-2022.

CLICK HERE to find your State Senator and ask they vote NO on HB21-1299.

Want to take it step further?
CLICK HERE TO EMAIL EVERY STATE SENATOR IN COLORADO

• Repeals Colorado’s 2003 Firearm Preemption Law and replaces it with language that allows localities and municipalities to create their own firearm laws as long as they are not LESS restrictive than state law.

• This bill would allow for any county or municipality to ban the possession, sale, or transfer of a firearm or firearm accessory within their jurisdiction; and would allow any county, municipality, special district, or college campus to ban concealed carry.

CLICK HERE to find your State House Rep and ask they vote NO on HB21-1299.

Your donations are needed to help keep Rally for our Rights going and growing, make a contribution today!

Donate here or click the donate button below:
www.rallyforourrights.com/donate 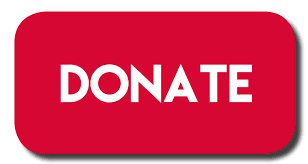 * Contributions are not tax deductible