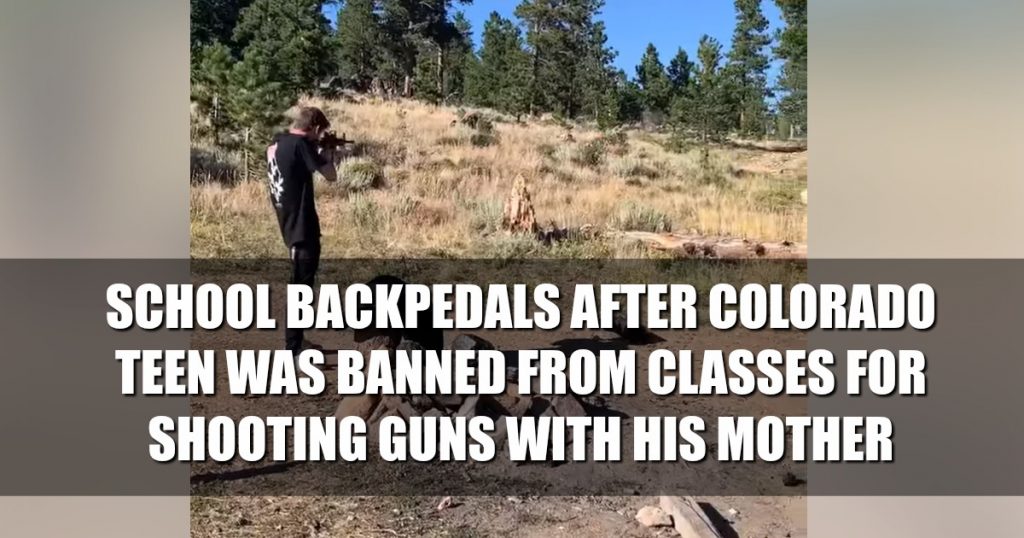 In a follow up to the story we broke yesterday of a Loveland, Colorado teen who was banned from classes after he posted videos of himself shooting guns with his mother on Snapchat, the student has now been cleared to go back to class and the school is backpedaling.

Here’s a recap of what happened: Justine Myers took her son, Nate, shooting earlier this week. When they returned home they discovered the police were attempting to contact them.  Nate had posted two videos on Snapchat; one video had the firearms they were going to use with the caption “Finna be lit” (which is teenage slang for “going to be a great time”), and the other was a video of him shooting while his mother instructed him. Someone had seen these videos and reported him to police via the school’s Safe 2 Tell system which allows anonymous tips to law enforcement and the school.  The police spoke with Nate and his parents, watched the videos, determined Nate was not a threat to himself or others nor had he made any threats, and they were well within their legal rights. They then went on their way. But that wasn’t good enough for the school.  The following morning a voicemail was received from Thompson Valley School District stating that Nate could not go to school and was banned indefinitely until a “threat assessment” hearing was completed. The school also refused to provide Nate with school work to prevent him from falling behind. When Justine explained the situation and stated the police had already assessed it and cleared him, her words were hastily dismissed by school officials.

After this story broke fellow parents, community members, and even elected officials contacted school admin and district board members to express their disapproval of this blatant violation of the student’s civil liberties, as well as the complete disregard for parental rights.  And it undoubtedly had an effect.

The threat assessment hearing took place this morning and Nate has been cleared to return to class. The school officials came prepared with a packet of his homework, and stated they believed him to be a good kid and never thought he was making threats against the school.  They acknowledged that his classmates may now react differently to him (I mean, he’s practically been accused of being the next school shooter, right?) and offered to make sure no one gave him trouble. The SRO who was present agreed that the Safe 2 Tell system is sometimes used inappropriately by students wishing to anonymously seek revenge on another student.  School officials also cautioned Nate to not post these types of activities on social media.  Justine quickly reminded them that this is his First Amendment they’re talking about, and although she gets their point, that is a dangerous slope they’re heading down.

When Justine questioned why any of this had to happen in the first place since the police had already assessed the situation, she was told the school hadn’t received the police assessment until the following afternoon, nearly 20 hours later.  Now here’s where I call BS.  If there is a report of a threat that is deemed credible enough to warrant police investigation to a student’s home on a weekday evening, the results of such investigation would have been relayed immediately to the school to determine if the school was safe to open the following day.  And if that police assessment wasn’t immediately relayed, that school has far bigger security issues than any parent even realizes.

Everyone bent over backwards to try to right the situation, but no one went so far as to apologize.

Is it over for Nate?  The good news is nothing permanent will go on his school record and he can continue his education.  But he’s undoubtedly been traumatized by the entire situation and now will have a “reputation” at school.  He’ll also have the thought police living in his own head every time he wants to share anything that isn’t lock-step with PC culture.  And at 16 years old, he’s had his civil rights violated for participating in not one, but two, constitutionally protected activities – shooting guns and sharing a video of it.

On January 1, 2020 Colorado’s “Red Flag” Emergency Risk Protection Orders ERPO law will go into effect.  I’ve long said ERPO’s will be Safe2Tell for adults, and students have dubbed Safe 2 Tell as “Safe 2 Swat”, referencing the act of “swatting“, a criminal harassment tactic of deceiving an emergency service into sending a police and emergency service response team to another person’s address.  Had this same scenario taken place while the ERPO law is in effect, Justine likely would have lost her firearms.

We need to continue to rally together as a community and push back at every turn.  If you or your child ends up in a situation like Nate’s, please don’t hesitate to reach out to us here at Rally for our Rights. We’ve got your back. 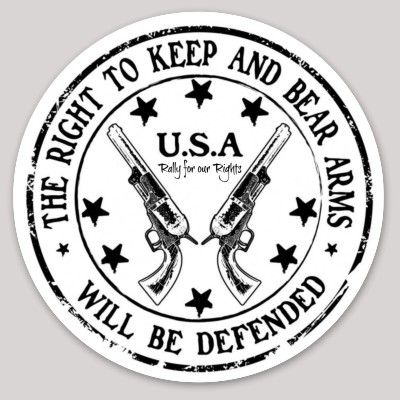 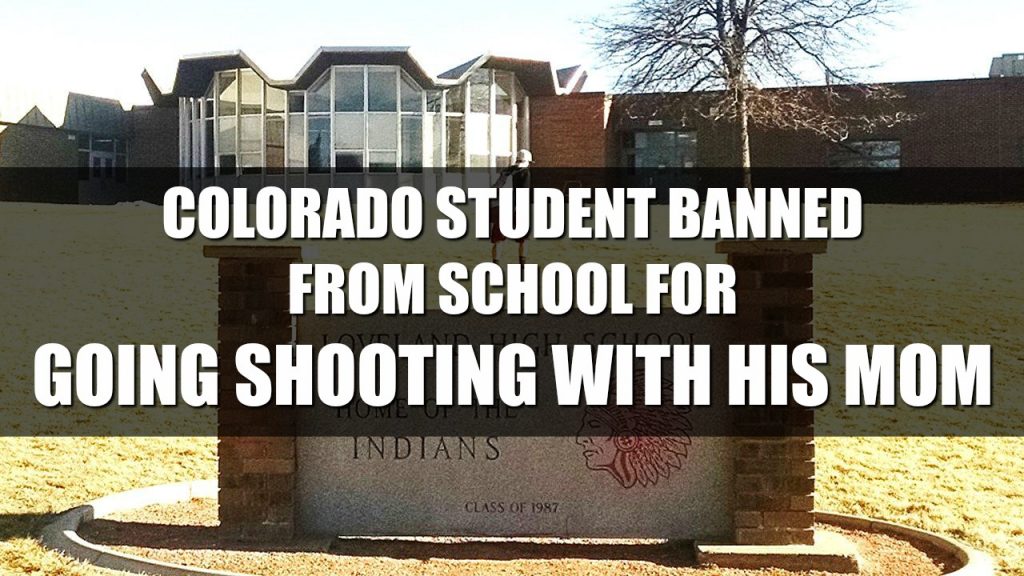 Justine Myers is your pretty average northern Colorado mom.  She loves her kids, supports the troops, praises our first responders, and owns firearms. On Wednesday, Justine picked up her 16 year old son Nate early from school for some mother-son bonding time – she took him shooting, a common northern Colorado hobby.

After a fun afternoon, they return home and get settled in – and the police show up.  Nate had posted on his Snapchat that he was going shooting with his mom along with this video (for those who need a little help translating the slang kids use these days “Finna be lit” basically means “Going to be a good time”.)…

And here’s a video of him shooting with his mother, who can be heard instructing him:

A report had come in to the police department about the video and they were told Nate was a threat.  After showing the videos to the police officers and explaining that they’d simply gone on a mother-son outing to train with their legally owned firearms, the police stated that they had done nothing illegal and were well within their rights.  They also determined Nate was not a threat to himself or anyone else, and went on their way.

But it wasn’t over.

This morning Justine woke up to a voicemail from Thompson Valley School District where Nate is a junior at Loveland High School in Loveland, CO.  The voicemail informed Justine that a report had come in claiming Nate was a threat to the school and he was not allowed to return until further notice. The report presumably came through Safe 2 Tell.  There are reports that a school wide email was also sent to parents about the “threat”.   Justine immediately contacted the school assuming she could easily clear things up, especially since the police had already assessed the situation and realized no one had done anything wrong or made any threats.  She was wrong.  The school not only refused to provide her with more information about the “threat”, but they refused to provide Nate with schoolwork so he doesn’t get behind.  A “threat assessment hearing” has been scheduled for Thursday morning at 10am at the school admin building where Justine will be allowed to defend her son against SEVEN school officials who will be in attendance to, as she was told, “make their case”.  Make their case of what?  That Nate’s outing with his mother to train with her firearms somehow makes him a danger to the school?

I spoke with Justine, as well as two different attorneys who specialize in Second Amendment issues.  The bottom line is the school is legally within their rights at this time.  According to the attorneys, the school has a protocol that must be followed when a report of a threat comes in through Safe 2 Tell or other means, even if the report is completely false – and there is nothing parents or students can legally do about it, even with a lawyer.  If the student is charged or further action is taken, that changes.  This is why students have dubbed Safe 2 Tell as “Safe 2 Swat”, referencing the act of “swatting“, a criminal harassment tactic of deceiving an emergency service into sending a police and emergency service response team to another person’s address.  The person who will face no repercussions?  The false accuser.  As for Nate, he has aspirations to join the military and is now worried this incident will go on his permanent school record with far-reaching implications.

If this happens to you or your child, what should you do?

1.) Don’t talk to the police.
2.) Be prepared for a visit from CPS.
3.) Consider moving your firearms to safe place until it is cleared up.
4.) Contact us for lawyer referrals and moral support.

We’ve had some people accuse us of this story being fabricated.  We don’t fabricate stories. The mother is a member of our organization and we reached out to help her.  We have both email and voicemails from the school but chose to not publish them out of fear of readers doxxing the school employees (something we’d rather not be held legally liable for). The story is breaking. Click here for another source.