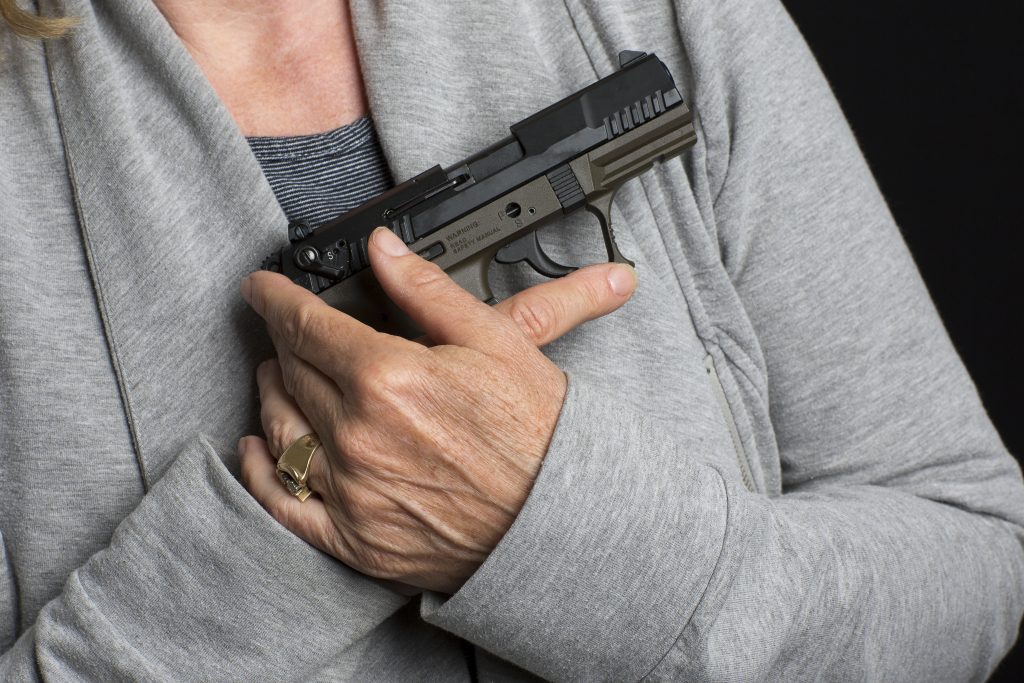 Red Flag Laws allow an intimate partner, former intimate partner, or family member to make a report to the courts with claims that an individual is going to either hurt themselves or others with a firearm.  Within 24 hours the court hears a preponderance of evidence and issues an order to have the persons gun confiscated.

To some people, this sounds good on the surface.  I mean, who doesn’t want to save lives?  But feel good laws like these do more harm than good, and this one is no exception.  In fact, it may be one of the worst.   These laws lack due process, they grossly violate our right to keep and bear arms, and they would have a chilling effect on free speech.  Not to mention they would prevent people who truly need help from seeking it – especially those who are suicidal.

There are many questions we should be asking.  Here are some that I’ve developed after reading through the language in these proposed bills in many states.

• How can lawmakers ensure a stalker or domestic abuser is prevented from using an ERPO to disarm their victims, potentially putting those in our society who need protection the most in harms way?

• Are there safeguards in place to prevent this from being used as a form of retaliation or as a hate crime – for example being used to disarm a transgender person, a person of color, or a certain religion?

• Why is all information such as accusers, allegations, accusations, etc sealed and require a court order for release?

• Many of these ERPO’s allow the accuser to report via telephone, as well as attend the initial hearing via telephone – making these easier to obtain than a Temporary Protection Order, opening the door to rampant abuse.

• What kind of proof is required that the accuser is or has been in an intimate relationship with the accused, or is a family member?

• What kind of punishment would be in a Red Flag Bill for false accusers?

• Will requiring police to confiscate the guns of people who could be innocent, put law enforcement officers in harms way?

• When these confiscation orders are being carried out, quite likely against someone who is innocent, will that put families and children at risk?

• Why are these laws being promoted as “mental health” laws when in fact they have no mental health components?

• Because the accused who would have their firearms confiscated has not been accused of a crime, they would not be eligible for a public defender to get their firearms back, leaving the poor in our society at a disadvantage.

Do you have other questions that I have missed?  Drop them in the comments.

Here is how these laws would work:

Step 1: A petitioner (either a current or former intimate partner, or a family member, with no proof required) makes a report via telephone or in person that you have firearms, have bought firearms, or have bought ammunition – and that they have heard you make a threat that you may harm another or yourself.

Step 2: A court hearing is scheduled within 24 hours either over the phone or in person with the petitioner to determine if an Emergency Risk Protection Order (aka Red Flag Order) should be issued.  The one most important person notably missing from this hearing is YOU.  You are not even so much as informed that this hearing is taking place.  During this hearing the judge will hear a “preponderance of evidence” from the petitioner, and only the petitioner, with the goal to convince the fact finder that there is a greater than 50% chance that the claim is true.

Step 3: An Emergency Risk Protection Order (ERPO) is issued.  The sheriff’s department will visit your home and demand you turn over your firearms, and if you refuse to comply, they will be confiscated by force (placing everyone present in a dangerous situation).  YOU will be left alone, without what may be your most important means of self defense – your firearm – because someone just had it confiscated.  It doesn’t matter if you bought that firearm to protect yourself from a stalker, an abuser, or simply to walk home from work late at night. It also doesn’t matter if the person who requested your firearms be confiscated is that same abuser or stalker.

Step 4: Then, and only then, will you be given instructions as to how to defend yourself in court and get your firearms back.

You can read more about Colorado’s 2018 version of the Red Flag Bill here.  A new bill has not yet been introduced for the 2019 legislative session, but it undoubtedly will be.

If you want to be part of the fight to defend your gun rights, please subscribe to our email list and/or make a donation.